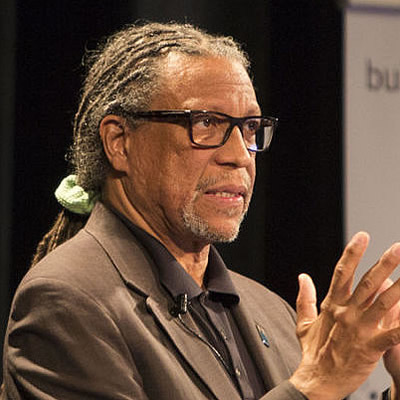 Mencer Donahue “Don” Edwards is considered one of the most deft facilitator-mediator-negotiators and civic engagement designers working today in the field of land use and development by international, federal, regional, state and local planning, transportation, parks and economic development agencies, corporations, universities, foundations and community-based organizations. He is the founder, CEO and a principal of Justice and Sustainability Associates (JSA), a for-profit management consulting firm in Washington, DC.

JSA designs and manages inclusive, transparent and participatory decision-making processes taking place, primarily against the backdrop of urbanization and the conflicts it breeds. Don’s introduction to sustainable development came in 1988 when he participated in a panel sponsored by the London-based Panos Institute about the role of under-development in the emergence of what became the global AIDS pandemic.

After that introduction, Edwards served as executive director of the Panos Institute-Americas, co-founded the U.S. Citizens Network for the UN Conference on Environment and Development, represented the “CitNet” as a member of the U.S. delegation to the “Earth Summit” in 1992 and served as the CitNet’s Washington Representative and a National Co-Chair. In the 90s, he organized town meetings across the US for the UN International Conference on Population and Development in Cairo and the Second UN Conference on Human Settlements in Istanbul. As director of the U.S. Network for Habitat II, he also helped manage the NGO International Facilitating Group.

From 1993-96, Don served as chair of the Environmental Justice Working Group of the Sustainable Communities Task Force of the President’s Council on Sustainable Development, the Clinton Administration’s post-Rio national sustainable development process.

As a long-term resident (over 30 years) of the District of Columbia, Don has facilitated/mediated most of its most complex development projects, including the Strategic Neighborhood Planning Initiative, the Anacostia Waterfront Transportation studies, DC’s Transit Alternatives Analysis and the city-wide site evaluation and master planning of the National’s Baseball Park site and neighborhood.

Don’s civic engagement projects of national significance include the District’s Anacostia Waterfront Initiative, the African Burial Ground National Monument in Lower Manhattan, the National Museum of African American History and Culture on the National Mall, and the Detroit Works Project. He has designed and facilitated the civic engagement programs of the DC’s 11th Street Bridges and the H St./Benning Rd line of the DC Street Car program. Most recently, Edwards has designed a series of “Congregational Conversations” for Richmond’s St. Paul’s Episcopal Church regarding the future of the Church’s Confederate iconography.

Don served as a member of the Sustainability External Advisory Council (SEAC) of The Dow Chemical Company for 10 years. From 2005-2013, Don helped grow the practice of deliberative democracy as a senior associate of AmericaSpeaks. He served on the board of EcoDistricts as its inaugural treasurer.

Don is an urbanist and enjoys talking and writing about creating just, smart and sustainable cities that work for all.

Find out more or adjust your settings.

This website uses cookies so that we can provide you with the best user experience possible. Cookie information is stored in your browser and performs functions such as recognising you when you return to our website and helping our team to understand which sections of the website you find most interesting and useful.

Strictly Necessary Cookie should be enabled at all times so that we can save your preferences for cookie settings.

If you disable this cookie, we will not be able to save your preferences. This means that every time you visit this website you will need to enable or disable cookies again.