This type of open communication with government is 100% effective and respected by residents within the community. Great summit, truly appreciated.
— Summit Participant

On a Saturday in June, most people might be sleeping late, starting chores, or heading out to run errands. In West Palm Beach, Florida, 379 people chose instead to come together to build racial equity. They included parents, local small businesses owners, Spanish and Creole speakers, and African American seniors who’d lived in the area for decades. Many other local stakeholders attended, too, like urban gardeners and teens. 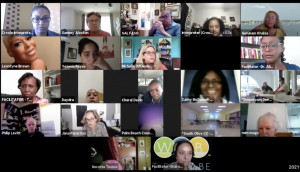 Facilitators at the Action Summit.

The Action Summit of the Mayor’s Taskforce for Racial and Ethnic Equality was held via Zoom, with six additional in-person satellite locations across the city. As a consultant to the City of West Palm Beach, Justice & Sustainability Associates organized, produced, and facilitated this convening. It took place on Saturday, June 12, 2021.

About the Task Force

The mission of the Mayor’s Task Force for Racial and Ethnic Equality is to identify and help address issues of racial and ethnic equity. It has three primary goals:

The Task Force also has five subcommittees (working groups), each of which focuses on a different policy area:

Goals of the Action Summit

A primary goal of the Summit was to integrate the voice of community members into the development of Task Force recommendations. Task Force subcommittees also wanted to ensure that they are heading in the right direction with their draft priorities. These priorities were identified based on citizen suggestions shared at the first Action Summit, held in December of 2020. 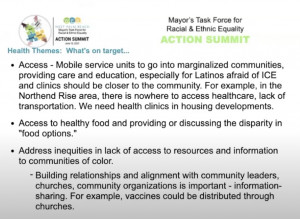 In multiple small breakout sessions – held in Zoom and at satellite locations  – participants shared their ideas, opinions and suggestions regarding each policy area and the priority ideas of each subcommittee.

They then had an opportunity to vote on the breakout themes they considered most critical to the Task Force’s work.

The event also included presentations by each subcommittee and a brief segment on historical root causes linked to present day racial and ethnic disparities. 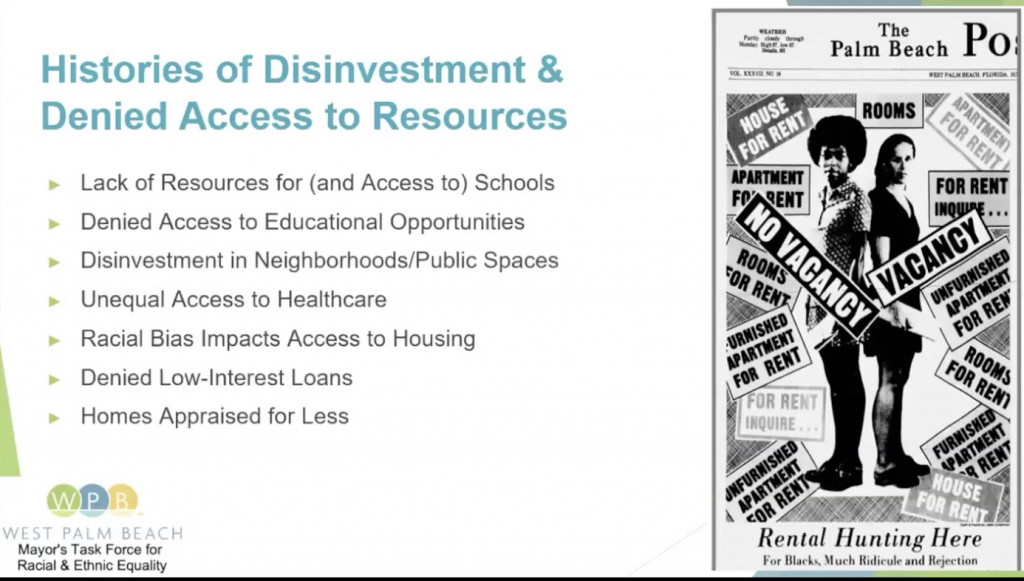 Participants felt included, like their opinion and feedback mattered. Almost every single person attending the summit had never participated in anything similar. It was gratifying to see how each one participated and shared their personal experience on the various topics with the group.

By the end of the summit:

In the evaluation form and in the Zoom chat, other participants also wrote enthusiastic comments about the event. Many felt inspired and motivated to stay involved and nurture connections with others they had met during the Summit.

Kudos to Mayor James and the Task Force. These topics are a clear indication that the right conversations are being had during your collaborative meetings. As a native of West Palm Beach I appreciate these type of forums and look forward to doing my part to support the development of my city.

You can find out more about which cookies we are using or switch them off in settings.

This website uses cookies so that we can provide you with the best user experience possible. Cookie information is stored in your browser and performs functions such as recognising you when you return to our website and helping our team to understand which sections of the website you find most interesting and useful.

Strictly Necessary Cookie should be enabled at all times so that we can save your preferences for cookie settings.

If you disable this cookie, we will not be able to save your preferences. This means that every time you visit this website you will need to enable or disable cookies again.